ICGSE 2013 will be hosted by the University of Bari, in the heart of the city. Bari is the second most important economic centre of mainland Southern Italy. There are daily direct flights from Milan, Munich, Rome, Turin, Venice and Zurich. 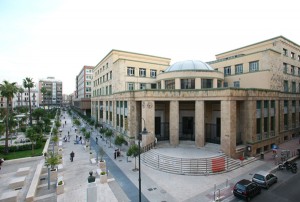 ICGSE 2013 will take place in the ‘Centro Polifunzionale’ (ex Palazzo delle Poste) in downtown Bari at Piazza Cesare Battisti, right 500 meters away from the railway station and from the final stop of the airport shuttle.

The conference has a block of rooms available for ICGSE2013 participants at special discounted rates only for a limited time, as long as they still have rooms available and no later than 1 July 2013. After that, availability will no longer be guaranteed. Bookings will be handled on a first come first serve basis.

Please use the registration forms to make accommodation reservations in any of the recommended conference hotels and specify ICGSE2013 in the email subject.
Booking and Cancellation Policies are managed individually by each hotel.

How to reach Bari

Bari Palese Airport , or Karol Wojtyła Airport, is the main airport of Puglia. Serves the entire province of Bari, province of Barletta-Andria-Trani, province of Matera, and part of the neighboring provinces of Foggia, Taranto, Potenza. Formerly known as the airport of Bari Palese, from the nearby suburb of Palese-macchie, is located 9 km north-west of the center of Bari.

The capital town of the Region lies on the Adriatic coast. The town has the shape of a bird with open wings, whose head forms the nucleus of Bari Vecchia, the old town. 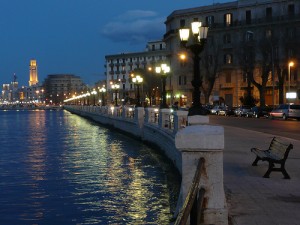 Bari was annexed to the Roman Empire in the 3rd century B.C. and over the ages it was an Arab Emirate, later conquered by the Longobards, Bizantines and Saracens. Once the base of the Roman Empire’s fleet for the Orient, the urban structure of the old town is arranged around the Catapan Court.

After the remains of Saint Nicholas were stolen and the homonymous Basilica was built, Bari became a centre of Christianity from where the Crusaders could leave for the Orient. Ruled by Normans, Angevins, Aragons and the Spanish, the town first expanded outside the old part in 1813.

Important monuments in town include the Basilica of San Nicola, housing the remains of the patron saint, and the Norman-Swabian Castle, built under the orders of Frederick II for purposes of defence. Places of interest in the old part of the city are the piazza Mercantile and the Colonna infame, once used as a pillory for insolvent debtors. 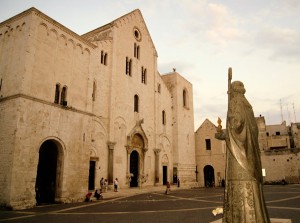 The “Old Bari” district is surrounded by the majestic Lungomare Imperatore Augusto and the splendid Piazza del Ferrarese. More modern buildings worth a visit are Teatro Petruzzelli and Teatro Margherita. There are also many churches on the reefs and hypogeum cut out of the rock and subsoil. These include: the church of St. Candida and the temple of St. George. Museums which have to be mentioned are the Archaeological Museum, the Provincial picture gallery, the Civic History museum and the Botanical Gardens Institute. Important events include the festivities of Saint Nicholas, the patron saint of the town, between the 7th and 9th of May, and the exhibitions at the Levante Fair.